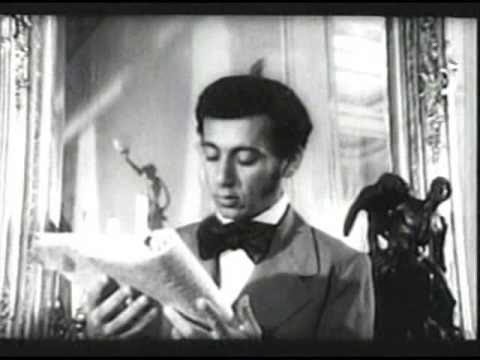 A recent Avanza Cuba especial TV program on Cuba film directors tribulation in Cuba moved me to review an article sometime ago post on my blog The Broken Image about Miami filmmakers catch-22.

Miami is a wonderful place to relax and have lots of fun. Sun, beaches, trendy shops, international gourmet restaurants, fabulous discotheques, Latin music, Splanglish and unforgettable entertainment: opera, ballet, concerts and movie circuits. Miami is a paradise for tourists arriving from all latitudes of the globe, and a port of entry for Cubans escaping Castro's dictatorship, Venezuelans fleeing Chavez's madness and Latin Americans pursuing the Gold Rush. But Miami is something more than a summer resort and a land promising the American dream. Many Miami artists have contributed to the development of art and culture in the city. Art districts, International Art Shows and scattered drama houses are growing all around the city, and we feel happy at last to have become the Athens of South Florida.

Yet, there is an art discipline that has been forgotten: film making.

Generally, film production has been considered more of a business than an expression of art. When investors in Miami think on film making, they turn their eyes to Hollywood or New York City, ignoring the potential of filmmakers in our city. There may be several explanations for this attitude toward local film production: our lack of tradition in this field; perhaps our city is still too young; or it could be that the latest products made by Miami's filmmakers have not achieved the expected results. But who has seen theme works?

When Miami filmmakers produce a film, the resources usually come from their own pocket, with no Producer Company, no Distribution Company, and no Publicity Company. Does art need money to be good?

Yes and no. Film making is an industrial form of art based on a series of production stages where technology plays a fundamental role. Besides, films require technicians and actors, and a whole crew no matter how simple or short the project could be. Of course, you can’t buy talent. We know that. But when talent meets money, good results are assured.

What is the solution? Wait for the city government to create funds for local film productions? Look for established production companies in other States? Apply for grants? Participate in competitions? Yes, anything to avoid taking money out of your own pocket, because if you do so, your project might not be completed, or it might not come out the way you expected due to a lack of resources and you will wind up with a closet full of film stock and you will be poorer than before.

Miami boasts more than one government institution to support filmmakers, like the Miami Office of Film, Arts and Cultural Affairs, Films & Special Events in Miami Beach, and the Film Office of the Department of Parks and Recreation. But how have we Lonesome Miami Filmmakers benefited from these commissions? Whom do they favor?

Miami legislators agreed to grant $242 million in tax credits to the film sector over the next five years, and the State has translated the hope into more than $1 billion in production. Are these efforts to allow Tallahassee only to attract more foreign investors to Florida?

The Miami Film Festival sponsored by Miami Dade College seems to be a solution for our films been shown to distributors and general public, but actually it doesn’t happens. Some Miami film directors, Cubans mostly, had proposed their film to the Festival and had received an oblivious respond. Should it be a special program for films made in Miami, like the Canadian Film Festival has?

Does the Festival feel ashamed of our work, or may consider it of low aesthetic qualities or perhaps beyond Miami reality and dreams? Is it the new proposed Miami ENCUENTROS a way to complete our feature films produced by Latin-American based production companies or from US Hispanic filmmakers? Fine, let the children play!

But till now, we are Lonesome Miami Filmmakers.
en 15:36